While New York regulators consider whether to allow new smartphone apps to remake the process of hailing a taxi, they are forging ahead in one segment of the market: the 233 yellow cabs in the city that can hold wheelchairs.

On Friday, industry officials will fully launch the city’s new “Accessible Dispatch” system, which will allow wheelchair users in Manhattan to arrange a cab ride using a phone app, as well as via the Internet, phone, text, or by calling 311.

The launch comes after 10 years of study on broadening access for people in wheelchairs, as well as a previous pilot program, said David Yassky, the chairman of the Taxi and Limousine Commission. The new service, to be unveiled at a news conference on Broadway, demonstrates the agency’s willingness to tweak its rules to accommodate a group of customers who have been underserved by the taxi industry in years past.

In the new service, West Haven, Conn.-based Metro Taxi will use GPS data from the systems of existing wheelchair-accessible cabs to automatically alert the closest driver when a wheelchair user needs a ride. Customers who use the app launched with the service—called Wheels on Wheels, and developed by Ride Charge Inc., the company behind the popular Taxi Magic app—will be able to watch in real time as their taxis move toward them.

The arrangement is a departure from existing rules: Regular yellow cabs aren’t permitted to use dispatchers to arrange rides with customers, a stumbling block that has prompted the TLC to examine whether to redesign their rules to accommodate a raft of newly developed apps.

But first, regulators will try to use new technology to fill a gap.

“The sad reality has been that wheelchair users have not been able to use taxi service in New York City,” Mr. Yassky said in a phone interview. “This a big step toward ending that unfairness.” 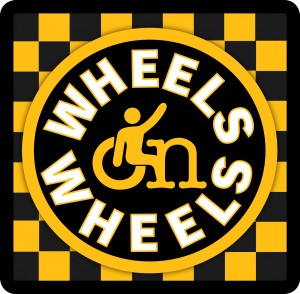 One key to making the new system work for wheelchair users is money. Under the accessible dispatch plan, Metro Taxi began collecting a $98 annual fee from the owner of each of the 13,237 yellow cab medallions in the city, raising $1.2 million to start up and operate the system.

With some of that revenue, Metro Taxi will pay the drivers of accessible cabs for their “deadhead” miles—the distance each cabbie must travel between accepting a dispatch request and picking up the fare. Drivers, who cannot refuse a request, will be paid $6 for up to one-half mile traveled, up to $15 if they travel more than one mile. Once inside the cab, a wheelchair user will pay the same meter rates as all other taxi passengers.

The program is intended to be self-funding and uses no taxpayer money, Mr. Yassky said. Metro Taxi’s contract to run the dispatch system is for two years.  The system has been tested over the past several months, said Bill Scalzi, co-owner of Metro Taxi. The TLC also conducted a previous pilot program using dispatch centers and black for-hire cars, Mr. Yassky said, from which the commission gleaned some strategies for the new program.

What is not yet clear is how many wheelchair-accessible cabs will be necessary if the program is a hit.

“The big unknown here is how many vehicles we’re going to need to support that demand,” Mr. Scalzi said.

The Metropolitan Transportation Authority, which offers Access-a-Ride service to carry disabled passengers, is predicting that some of its riders may choose to take taxis once the dispatch system is up and running—a potential cost savings for the authority.

Also unknown is when a solution for passengers in the boroughs outside Manhattan can be found. Mr. Yassky and Victor Calise, commissioner of the Mayor’s Office for People with Disabilities, pointed to the TLC’s borough taxi plan—currently on hold due to a court battle—which is tied to the auction of 2,000 new yellow taxi medallions. All of those medallions would be reserved for wheelchair-accessible cabs, meaning a nearly 10-fold increase in the number of those vehicles on the streets of the city.

Mr. Calise, who uses a wheelchair and tried out the dispatch program during its recent development phase, said it was a change for the better. “The process will be a lot easier now,” he said.

Corrections & Amplifications
An earlier version of this article incorrectly stated that Access-a-Ride service is free. Riders pay a $2.25 fare for the service.